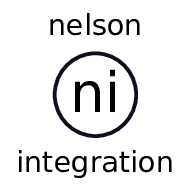 Nelson Integration LLC is a company that currently consists of one person (Eric Nelson in Phoenix Arizona).

If you don’t know me, I’m a seasoned (read old) software developer and entrepreneur with a background in many different forms of embedded systems from mini-computers, 68000’s and 80xx microprocessors in the 80’s to ARM-Linux devices since 2002 with the PXA250.

Most recently, I was a co-founder and co-owner of Boundary Devices, where I ran the software operations, developed boot loader, Linux kernel and userspaces for many dozens of ARM-based systems and assisted 100’s of companies select and manage the components of their systems.

At this stage of my professional life, a laundry list of skills and experience would make your eyes go buggy, so I’ll try to summarize instead.

I have deep experience in many aspects of systems development, especially those that involve large distributed systems.

In my early career I was involved in systems operations and support for a then-small company named Ticketmaster, installing and managing wide area networks and telephone systems in the state of Texas to support a mini-computer-based system with 100’s of users.

I became involved in product development of touch-screen ticketing kiosks in the mid 1980’s.

While at Ticketmaster, I implemented and oversaw integration of a variety of third party systems and acquisitions of everything from airline and movie theatre ticketing, to access control systems running pre-802.11 WiFi with digital audio messaging and touch screen interfaces.

I left Ticketmaster as Director of Ticketing Systems development.

In the early 2000’s, some colleagues and I saw what was occurring with ARM-based SOCs and embedded Linux and ultimately formed Boundary Devices in 2003. We grew the company from a nights and weekends venture to an industry-leading company producing both standard and custom single-board computers.

I’m a geek and enthusiastic about lots of different technologies, so listing them is difficult.

In general, I like to see projects get to market and easily frustrated by things that get in the way.

Daniel Pink got it right in Drive when he talked about purpose being a primary motivator, and the single best part of my career has been knowing that I made a difference.

The Boundary in Boundary Devices referred to the interface between the Internet and the real world, and that’s still a focus for me (i.e. edge devices). The new IoT term gets over-used, but I enjoy and have experience with the edges of the ‘net, where it meets up with the physical world.

The services that I’m currently providing to clients include:

I’ve written lots of code over the years, and there are niches where I may be able to write code in 10x less time than your team. Particular areas of expertise include boot loaders (especially U-Boot) and kernel drivers (especially touch, audio, and camera drivers).

The NXP (née Freescale) i.MX processors are another area of specialty, since Boundary Devices was the first third party to ship i.MX6 systems.

In The Innovator’s dilemna, Clayton Christensen said that geneticists study fruit flies because their lifetimes are so short and used disk drive manufacturers to study technology changes for the same reason. In the area of systems development,

I would add single-board computer vendors into this mix. At Boundary Devices, I had a front row seat to the development of 100’s of projects and can recognize many of the factors that lead to success or failure.

Many industry studies show that 5-15% of software projects are abandoned before launch, and embedded systems are likely worse. If your team is new to the environment (new operating system or tools), the risk is even greater.

Sometimes hiring someone who’s been through the entire lifecycle is a cheap insurance policy.